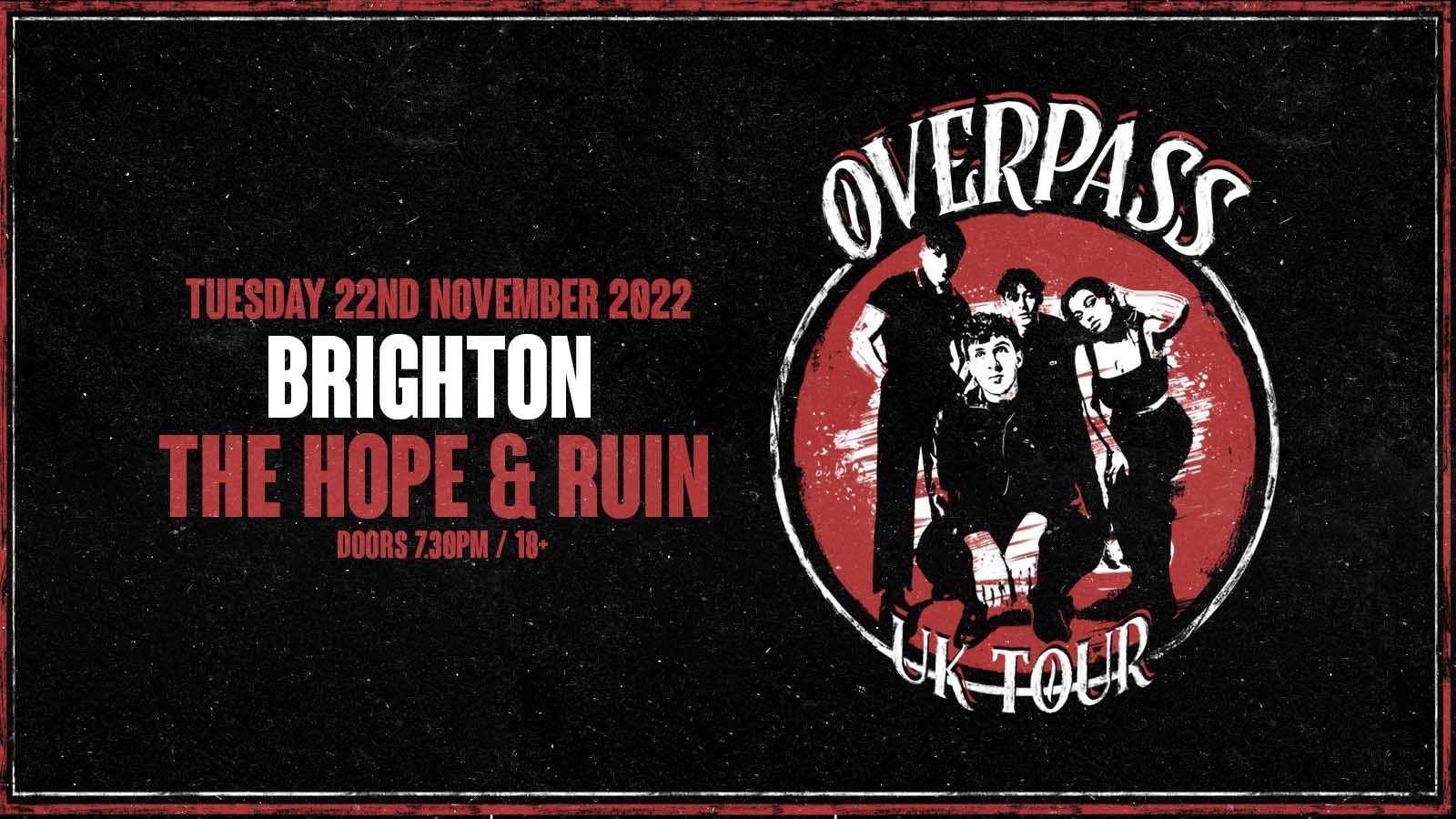 Overpass at The Hope & Ruin, Brighton

Ascending Midlands indie outfit Overpass began their journey in the midst of national restrictions, releasing their debut single ‘One Night Lover’ in Autumn 2020. Their strong melodies, crisp lead lines and youthful vocals have helped the band gain a presence on the active indie music scene.

Overpass have built their fan base upon a steady stream of praised support slots, playing alongside bands such as The Wombats, The Fratellis and The Snuts. The band have garnered over 2M views across social media, making their singles highly anticipated releases. Tracks ‘Stop the Clock’ and ‘Changes’ have gained the band spots in Spotify’s ‘Fresh Finds:Rock’ and ‘Hot New Bands’ playlists, the latter receiving Radio X play.

The band started 2022 with two back to back headline shows at The Sunflower Lounge, Birmingham, selling both nights out. Their sold out Birmingham O2 Institute 2 show has been their biggest headline to date.